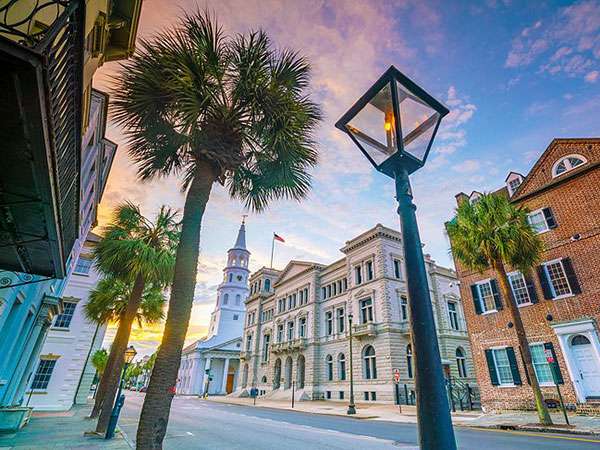 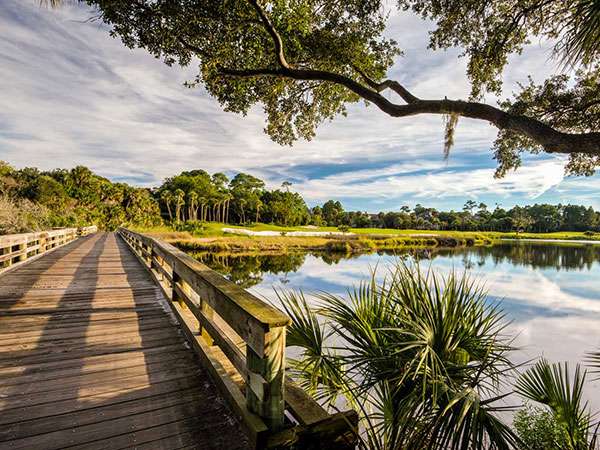 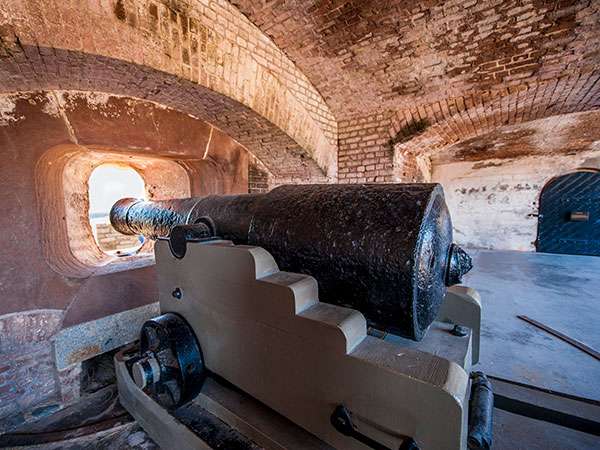 Home of the World's Best City

In 2020, Charleston, South Carolina, received Travel + Leisure's World's Best City award for the eighth year in a row. Friendly residents, comfortable weather, scenic beaches and delicious food are just a few of the reasons that this city is considered a wonderful place to visit or make your home.

The city of Charleston is located in Charleston County. With over 400,000 residents, this is the third-most populous county in the state of South Carolina. In addition to Charleston, the county seat, other large cities and towns include Mount Pleasant, North Charleston, James Island, Folly Beach and Isle of Palms.

This is a coastal county with numerous islands, so a beach is never far away. Plus, you'll find connections to history wherever you go. Above all, the area is known for its welcoming people. Take a look at Charleston County, and it will be easy to see why this region has received top marks again and again.

In 1670, English settlers formed Charles Towne, the first permanent settlement of what would become the Carolina colony. They named it in honor of their king, Charles II. Charles Towne was originally situated on the west side of the Ashley River. A decade later, the settlement was relocated to the opposite side of the river. As the rice and indigo trades grew, so, too, did the town. It was given the name of Charles City and Port in 1722. Another name change came in 1783; this time, it was called Charleston.

Some records date the formation of Charleston County to 1769 because that's the year when the Charles Town District was established. But by 1785, South Carolina was a state. At that time, the state government split up the land into 34 counties. One of them was Charleston County. In those days, though, the local government didn't have much power. For many years, county authority — and boundary lines — remained an ever-changing concept.

With South Carolina's Reconstruction Constitution of 1868, Charleston became one of 31 counties in the state. County departments grew during the early 1900s. For example, the Charleston County Police Commission was founded in 1925, and the Charleston County Board of Health got its start in 1926. In those days, such departments were overseen by the state legislature. Local control was placed in the county's hands after World War II because population growth brought the need for a new approach to governance. The first Charleston County Council was established in 1949.

Throughout its history, the city of Charleston has played a key role in the politics and economy of South Carolina. In the early days, the Charleston area's plantations helped fuel colonial growth, and its harbors made the region a booming center for trade. While much has changed over the years, even today, Charleston County remains a powerhouse along the South Carolina coast.

There are many barrier islands within Charleston County. They include Kiawah Island, Seabrook Island, Sullivan's Island and Dewees Island.

Of course, beaches are plentiful in the region. Folly Beach is a particularly popular one. It's located on an island that's bounded by the Folly River on one side and the Atlantic Ocean on the other.

The People of Charleston County

In its early years, the Charleston area boasted racial, ethnic and religious diversity. While many of the first residents were white Englishmen, some free Black people had also moved to the area from the West Indies.

Plus, the city had the United States' largest Jewish population until 1830. Even today, there's still a thriving Jewish community in the Charleston area. It's a popular place for Jewish retirees to settle. Plus, Jewish elementary schools and a Jewish Studies department at the College of Charleston help attract a younger crowd.

As of 2019, the county's demographic makeup was 69.6% white, 26.3% Black, 1.8% Asian and 0.4% Native American. The city of Charleston has seen a major demographic shift over the last several decades. While almost two-thirds of city residents in the 1980s were Black, that figure has dropped to about one-third of residents today. Diversity is higher, however, in the city of North Charleston. There, nearly 50% of residents are Black.

For much of the 20th century, military operations were an important factor in Charleston County's economy. When the naval shipyard's closure was announced in 1993, it could have spelled disaster. Fortunately, Charleston County is resilient.

For one thing, there's still plenty of military presence in the area. Joint Base Charleston is an important training center and handles responsibilities related to airlifts, military logistics and more. It's also the home of Naval Information Warfare Centers (NWIC).

Aviation is another major contributor to the Charleston County economy. Boeing's 787 are produced in North Charleston, and the company has a variety of other facilities in the area as well.

Just like in its early years, Charleston is an important shipping center. Based on cargo value, the Port of Charleston is among the top 10 container ports in the U.S. To promote even greater shipping volume, the Hugh K. Leatherman Terminal opened in 2021.

The county's tech sector is growing. More than 250 tech companies are operating in the region. According to a 2020 report, the number of tech sector jobs in Charleston County grows by more than 15% each year. Also, over 44% of South Carolina's tech jobs are located in the Lowcountry region, which includes Charleston County.

The College of Charleston opened in 1770. Since then, many other higher education institutions have been established in the area as well. They include the Medical University of South Carolina and Charleston Southern University.

Plenty to See and Do in Charleston County

History buffs will have a great time exploring Charleston County. Fort Sumter and Fort Moultrie National Historical Park includes two landmark places. Fort Moultrie, located on Sullivan's Island, was involved in the Revolutionary War. Charleston Harbor's Fort Sumter was a key location of the Civil War. You can take tours or learn about the forts in their visitor centers.

The Charles Towne Landing State Historic Site marks the spot where English settlers first took up residence in the Carolina area. You can walk along the History Trail, view a garden similar to the one planted by early colonists, observe a cannon firing, or step aboard a replica trading ship.

Charleston County Parks oversees 31 current and future park sites. They include several waterfront properties where you may be able to kayak, fish, swim or stroll along the beach. Options include James Island County Park, Mount Pleasant Palmetto Islands County Park and Kiawah Beachwalker Park. The county park system also has facilities for hiking, volleyball, rock climbing and disc golf. There are even a few waterparks.

As far as city life goes, Charleston has plenty to offer. Restaurants are plentiful, and seafood and southern cooking are some of the culinary highlights. Cultural destinations in the city include the Gibbes Museum of Art and the 34 West Theater Company. Mount Pleasant Towne Centre is a popular shopping district with stores, eateries and a movie theater.

If you want to explore Charleston County in a whole new way, be sure to schedule some time on the water. You can try your hand at pedal boating or standup paddleboarding, or you can opt for a more laid-back adventure on a chartered sailboat. No matter which approach you choose, you'll love seeing Charleston County from the water. 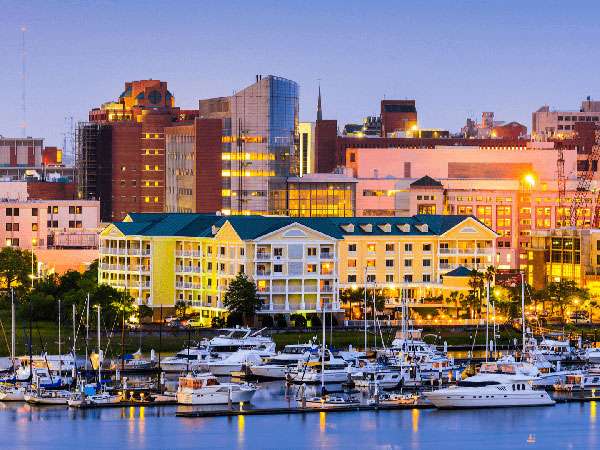 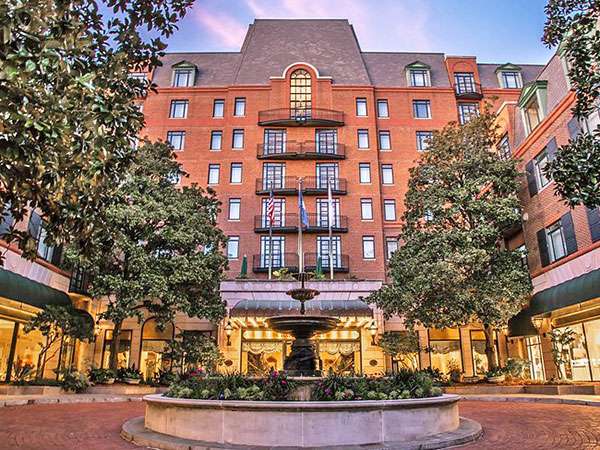