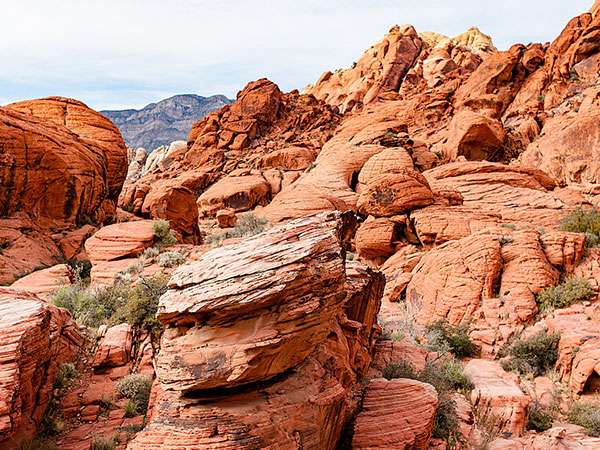 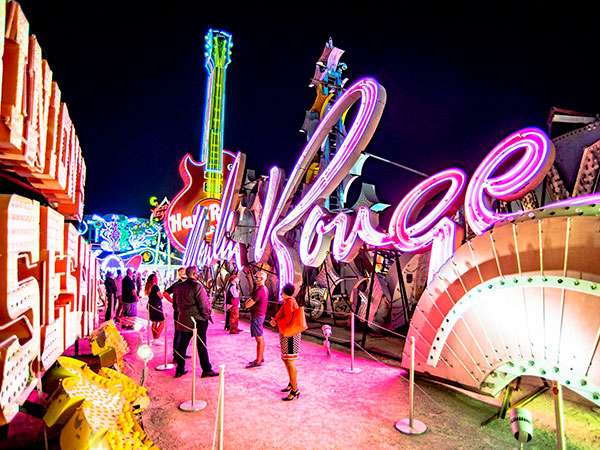 Shark Tank at the Golden Nugget

At the Southern Tip of Nevada

If you travel down to the southernmost part of Nevada, you'll find the state's most populous county. There are over 2 million people living in Clark County. Not only is it the largest county in Nevada, but it's the 11th largest in the United States.

Of course, there's more to Clark County than flashy lights. In this county that's comparable in square miles to the state of New Jersey, you'll also find an abundance of natural resources. The wide-open spaces and striking landscapes invite both residents and visitors to come out and explore.

A Brief History of Clark County

People may have been living in the Clark County area for at least 10,000 years. In somewhat more recent history, Native American groups who have made this area home have included the Mohave (Yuman) and Southern Paiute tribes.

In 1829, Europeans first began exploring the area. That's when Antonio Armijo, a Spaniard, arrived. He was crossing through on his way to Los Angeles. Over the next several years, other explorers made their way to the region.

Mormon missionaries arrived in 1855 to covert Native American tribes and establish a settlement. They remained only until 1857, but they did build a fort and set up an irrigation system during their stay.

The fort wouldn't remain empty forever. As the American population moved westward, more settlers began taking up residence in the area that is now Clark County. When Octavius Gass arrived, he brought the fort back to life and established a vineyard and an outpost.

Ranching became a major industry in the area. As railroads began to crisscross the land, more and more people arrived to stake their agricultural claims. Population growth led to the establishment of Clark County in 1909 with Las Vegas as its county seat. The county name was given in honor of William A. Clark, who had been involved in the area's railroad development.

Las Vegas experienced a population boom in the 1930s. Men flocked to the region in search of jobs building the Hoover Dam. The city's entertainment industry sprang up in response to the sudden influx of single males. The first casino, the Flamingo, opened in 1945.

World War II contributed to the region's development as well. A gunnery school trained students to operate B-17 Flying Fortress bombers. Women were employed at the magnesium plant in what is now the city of Henderson.

To encourage continued growth and economic development after the end of the war, local officials began promoting tourism. By 1982, the population of Clark County had reached 500,000 people. It had doubled to over 1 million by 1995, and the 2-million mark was surpassed in 2012.

Home of the Las Vegas Valley

Two other Nevada counties and three states border Clark County. On the north side is Lincoln County, and Nye County is on the west. Along the eastern and southwestern county lines, Clark County touches Utah, Arizona and California.

Much of the county lies within the Lower Colorado Basin. Also, the city of Las Vegas sits within the Las Vegas Valley. It's surrounded by multiple mountain ranges, including the Sheep, the McCulloughs and the Spring. Well-known peaks are Frenchman Mountain to the east of the city and Mount Charleston, which is nearly 12,000 feet above sea level, to the northwest.

Although Las Vegas is the largest city in Clark County, it isn't the only one. Other cities within the county's 8,091 square miles are Henderson, North Las Vegas, Mesquite and Boulder City.

There are plenty of natural areas within Clark County as well. That includes multiple sites that are managed by the federal government. Lake Mead Natural Recreation Area, the first and largest place to be designated a national recreation area, offers views of the Hoover Dam. In Red Rock Canyon Natural Conservation Area, you'll find the Keystone Thrust Fault. Tule Springs Fossil Beds National Monument holds clues to the region's history.

The Las Vegas Wash is a wetland area near the eastern side of the Valley. The Wash receives urban and natural runoff and acts as a filter to remove contaminants from the water. Clark County Wetlands Park allows visitors to enjoy the Wash.

Nearly 75% of Nevada's residents live in Clark County. While today there are about 2.3 million residents, some estimates predict that the population will grow to over 3 million people by 2060.

Tourism and Other Industries

Las Vegas tourism draws people to Clark County. The region welcomes over 45 million visitors each year. It's not surprising, then, that a large portion of the county's economy relies on travel-related services, such as hotels and restaurants. Gaming and other leisure activities also play a significant role in the local economy.

Clark County is more than a tourist destination, however. It's also a growing business hub. Between 2010 and 2018, the gross domestic product of the county grew by 43%. Job growth in several sectors grew to match. For example, jobs in data processing and hosting jumped by 292% from 2010 to 2019, and jobs in warehousing and storage increased by 273%.

Outside of hospitality and tourism, one of the region's top sectors is healthcare. The University of Nevada, Las Vegas (UNLV) has a medical school that helps supply healthcare workers for the region, and Nevada State College (NSC) provides health professionals as well.

Other growing industries include manufacturing and logistics. Information technology is also a sector on the rise.

Top Destinations for a Day in Clark County

The Las Vegas Strip is a four-mile span that's jam-packed with tourist attractions. It's a section of Las Vegas Boulevard, and it's been named a National Scenic Byway. In this part of town, you'll find eye-popping landmarks, thrill rides, casinos, shops and more. The Strip is known for its shows; you can see magicians, acrobats, comedians and musicians. You can also catch a Las Vegas Raiders NFL game or a Vegas Golden Knights NHL game along the Strip.

Downtown Las Vegas is another part of town that's bursting with activity. This section of the city is centered around Fremont Street. Like the Strip, the downtown area has no shortage of hotels, casinos and restaurants. You can also tour the Neon Museum, watch fish swim in the Golden Nugget casino's aquariums, and pose for a photo with Vegas Vic. Fremont Street is known for free light shows and live music in the evenings.

Clark County has plenty to offer for nature lovers as well. The county maintains 50 miles of trails plus another 8 miles for equestrian use. The trails provide access to recreation areas like Wetlands Park and Sunset Park. At Sunset Park, kids can enjoy playgrounds and a splash pad. Other amenities at this park include athletic fields, walking trails, a fishing lake and a dog park.

At Red Rock Canyon, you can climb a rock face or hike into a canyon. If you'd prefer a more leisurely way to see the sights, you can travel along the Scenic Drive. This 13-mile stretch can be explored by car or bicycle. Camping, too, is available in the Red Rock Canyon National Conservation Area.

For another outdoor experience, make a trip to the Sloan Canyon National Conservation Area. You can hike through Petroglyph Canyon, which features Native American rock art. There are also opportunities to explore the North McCullough Wilderness on foot or horseback.

Whether you prefer the hustle and bustle of the city or the quiet of the untamed wilderness, you can find what you're looking for in Clark County, Nevada. 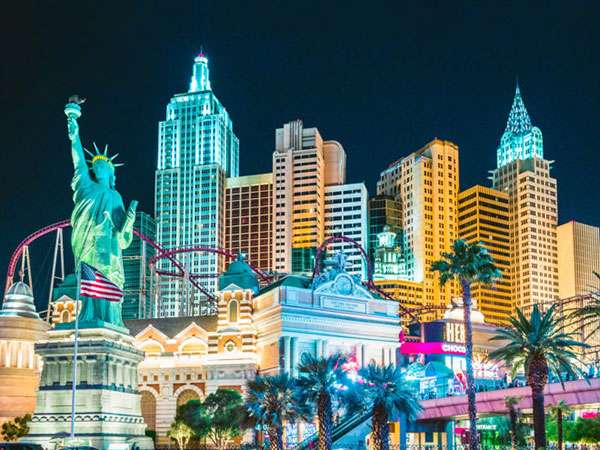 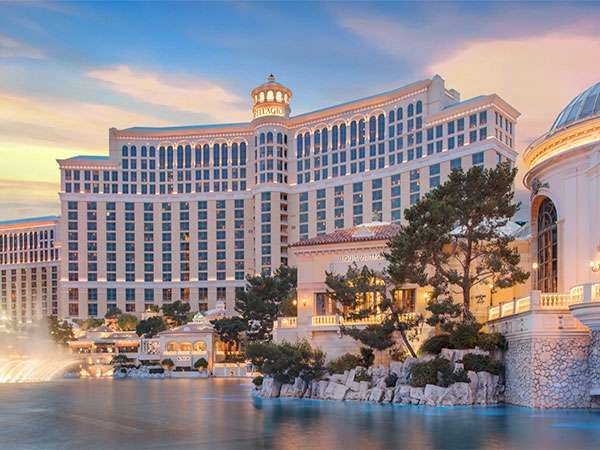 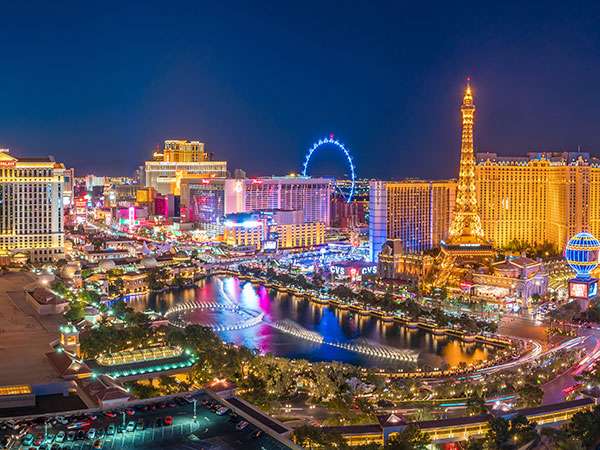