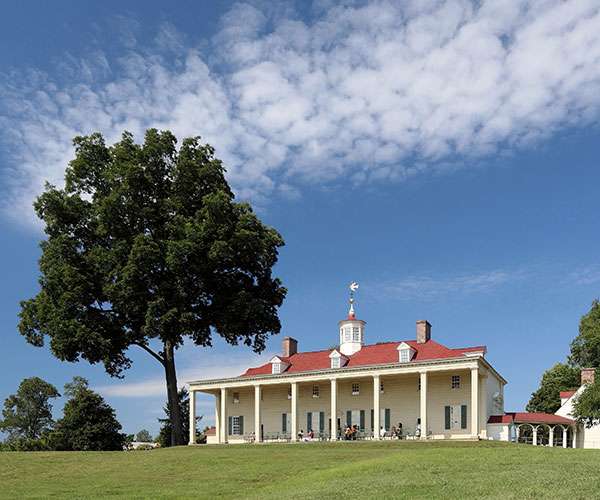 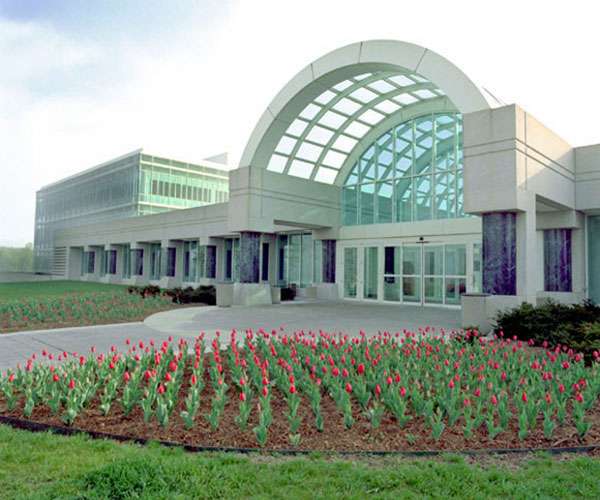 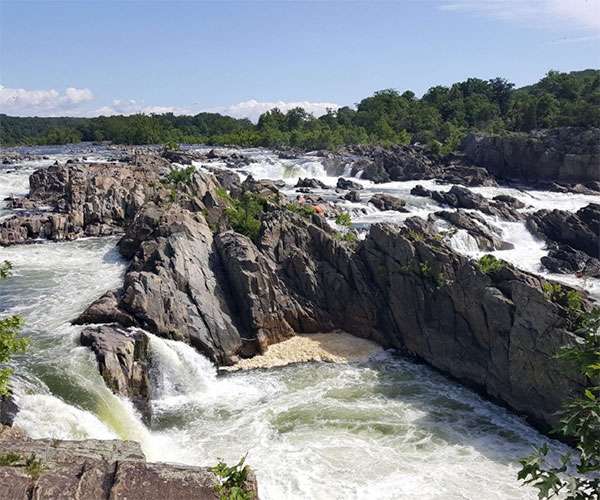 The most populous county in Virginia is, by far, Fairfax County. This county of over 1 million people is adjacent to the nation's capital and home to rich American history.

Fairfax County has an impressive heritage, but it certainly isn't stuck in the past. This county has made a name for itself in business, recreation and education. It's a bustling center of activity and has something to offer for nearly everyone.

It may come as no surprise, then, that Fairfax County ranks well on U.S. News' list of the Healthiest Communities. In 2020, the county took the No. 21 spot. Good population health, a robust economy, reliable public safety and solid infrastructure all contributed to this impressive ranking.

By the 1600s, Native Americans had been living in today's Fairfax County for thousands of years. For several hundred years, the Dogue tribe had been the primary people group in the area. They had several communities throughout the region, including Tauxenent on the Occoquan River.

Captain John Smith of England traveled through the region in 1608. English settlers then began to relocate to Virginia. As they arrived, the Native Americans moved out. They left behind towns and fields that the Europeans adopted.

By the late 1600s, England's prominent Fairfax family was granted the right to rule this part of Virginia. William Fairfax arrived to be the land agent in 1737. He worked on behalf of his cousin, Thomas, sixth Lord Fairfax, who lived in England.

William Fairfax, who lived at Belvoir Mansion, was instrumental in the development of this region. He worked to get Fairfax named as one of the colony's official counties in 1742. Its name was granted in honor of Lord Fairfax. The county lines at that time were much larger than they are today.

George Washington may well be the most famous person to hail from Fairfax County. When not leading troops in battle or serving in the new nation's capital, he lived along the Potomac River at Mount Vernon.

George Mason was another founding father from Fairfax County. A member of the Constitutional Convention, he pressed for the formation of the Bill of Rights.

Part of Fairfax County was given to the federal government in 1790 to be used for the new capital city. Today, that land is once again part of Virginia.

From the early days of English settlement, tobacco farming was a key component of the regional economy. That began to change in the mid-1800s as new farmers moved in from northern states. They began to plant wheat instead of tobacco. Other northerners arrived and harvested lumber. With these new arrivals came new businesses as well. By 1860, new roads had been built, and the population had grown to nearly 12,000 people.

During and after the Civil War, the population level remained fairly stable. In the 1900s, though, that started to change. Railroads and electric trolleys ran through the community; these new forms of transportation were major drivers of local growth. The population had soared to around 30,000 by 1930.

More residents came after the Great Depression. As the federal bureaucracy grew, so did the number of people living in the Fairfax County area. Throughout the 20th century, Fairfax County became less and less agricultural. Today, the county is home to over 1 million people and a vast number of commercial businesses.

The famous Potomac River forms much of the county's eastern and northern borders. Maryland lies on the other side of the river.

Prince William County is to the south. Loudoun County sits on the west.

The county seat for Fairfax County is the City of Fairfax. Most of the city, except for the courthouse and other county buildings, is an independent jurisdiction.

Fairfax County is subdivided into multiple supervisor districts. These nine regions include Dranesville in the north, Sully in the west and Mt. Vernon in the south.

Fairfax County is enormous. Over 1.1 million people live there. That makes the county more populous than several states.

Fairfax County is among the wealthiest counties in the country. Only 6.2% of residents live below the poverty level; that's significantly lower than the national median of 14.7%. Also, the unemployment rate is lower in this county than in most U.S. communities.

Approximately 65% of residents are white, 20% are Asian and 11% are Black. Over 16% of the people have Hispanic or Latino heritage.

Three out of 10 Fairfax County residents were born in another country. Almost four out of 10 speak a language other than English at home. Those fluent in another tongue are most likely to speak Spanish or an Asian language.

Over one-quarter of residents are younger than age 20. Less than 13% are senior citizens. Those in the upper age bracket may have long lives ahead of them still. The average Fairfax County lifespan is 83.7 years, which is nearly six years longer than the national average.

Fairfax County has a robust economy, with an annual GDP of $110.4 billion (2019 estimate). That ranks it an impressive 21st out of all counties in the United States, making its economy equivalent to the country of Ecuador.

There are multiple Fortune 500 companies based in Fairfax County. They include Capital One Financial, Hilton Worldwide Holdings, Beacon Roofing, Northrop Grumman and Freddie Mac.

Technology is a particularly important sector for Fairfax County employment. Major information technology companies based in Fairfax County include DXC Technology and Leidos Holdings. Approximately one-quarter of the jobs in this county are in the professional, scientific and technical services sector.

Fairfax County Public Schools is ranked among the top 10 largest educational divisions in the U.S. FCPS is home to nearly 200 schools and employs nearly 25,000 full-time personnel.

The higher education scene is just as noteworthy. There are 10 colleges with campuses in Fairfax County. With over 37,000 students, George Mason University is Virginia's largest public university. North Virginia Community College is one of the biggest community college systems in the entire country. Other colleges with extension campuses in the county include Virginia Tech and the University of Virginia.

Tourism is also very important to the Fairfax County economy. The region offers many tourist attractions, including historical destinations and outdoor spaces. To support the many visitors, the county has 19,000 hotel rooms.

Mount Vernon, where George Washington lived, is an enormously popular attraction in Fairfax County. In fact, more people visit this estate than any other historic home in the U.S. At Mount Vernon, you can explore the museum, tour the many buildings, and see where George and Martha Washington are buried.

Mount Vernon isn't the only historic home you can visit. There's also George Mason's Gunston Hall. You can take a guided tour of the house and grounds or explore the property on your own.

You may be familiar with the National Air and Space Museum in Washington, DC, but did you know that the museum has a second location in Fairfax County? It's the Steven F. Udvar-Hazy Center. The Space Shuttle Discovery is just one of the many exciting pieces of history on display there.

Fairfax County includes a national park. Like most parks, Wolf Trap National Park for the Performing Arts has trails and other nature-based activities, but it's also home to theaters. You can catch a musical or theatrical performance at the Filene Center or a children's show at the Theatre-in-the-Woods.

For additional outdoor fun, check out what's known as the "Skinniest Park in Virginia." The Washington and Old Dominion Railroad Regional Park measures only 100 feet across. It makes up for it in length, though! This park is a 45-mile long paved trail. There's an adjacent 32-mile gravel path for equestrians to enjoy. There are multiple entry points for the W&OD trail and many historic markers, playgrounds and rest areas along its length.

Meadowlark Botanical Garden features nearly 100 acres of plant diversity. One of the most noteworthy areas is the Korean Bell Garden, which is the only public garden of its type in the Western Hemisphere. During the winter, you can celebrate the holiday season at Meadowlark's annual Winter Walk of Lights event.

If you are looking for some amazing scenery, Great Falls Park, with its dramatic falls and rocky ecology, is a great way to spend the day. You can also visit the Winery at Bull Run, or learn more history about the county at the Fairfax Museum and Visitor Center.

Tysons Corner is known for its many shopping opportunities. Most of the retail establishments are located at Tysons Corner Center and Tysons Galleria. Altogether, the shops in this community cover more than 6 million square feet of space. Aside from Manhattan, it's the most concentrated shopping district on the East Coast. 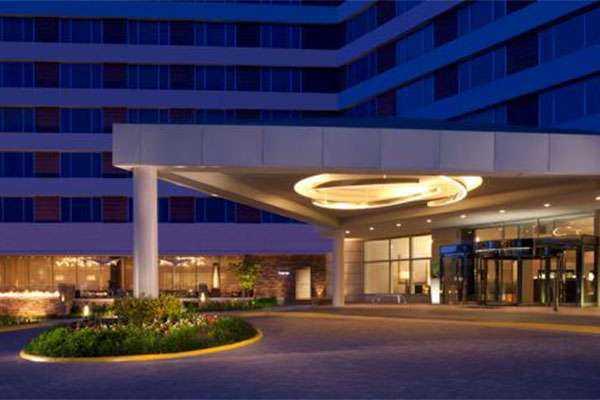 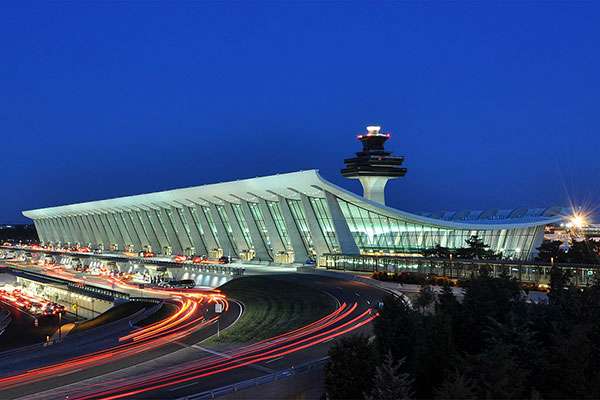