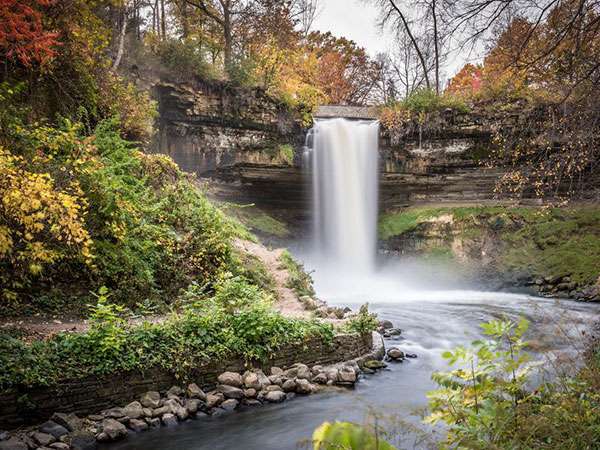 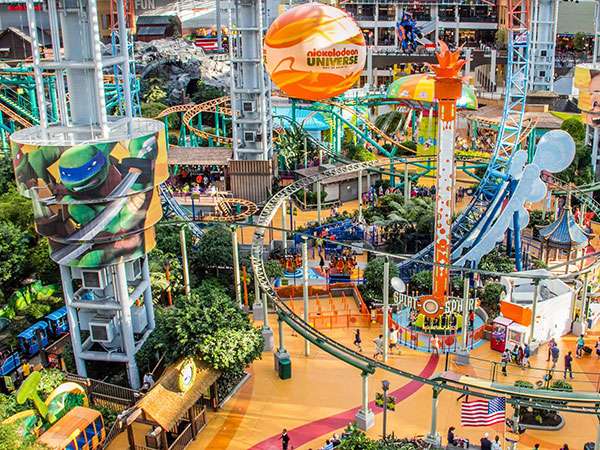 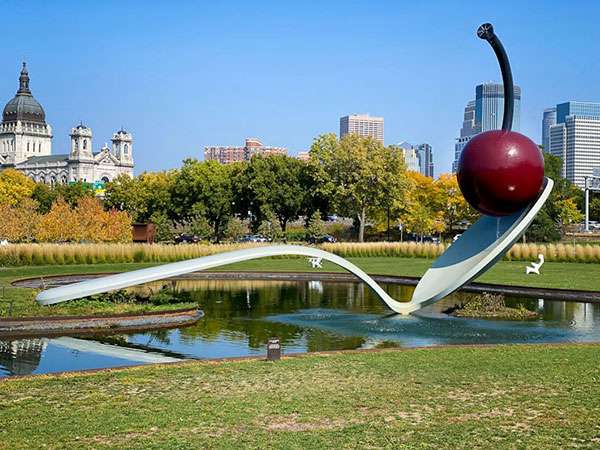 All About Minnesota's Largest County

Hennepin County is the most populous county in Minnesota. With a population of over 1.2 million people, Hennepin is more than double the size of the next-largest county in the state.

This county is where you'll find Minnesota's largest city, Minneapolis. Over 400,000 people live within its city limits.

Hennepin County is a growing place. From 2010–2019, the population increased more than 11%. That puts it in the top five Minnesota counties for population growth during that period.

What makes Hennepin County the kind of place that attracts so many? Perhaps it's the area's mix of metropolitan resources and wide-open spaces, coupled with a sense of midwestern neighborliness. Whether you're looking to visit or put down roots, Hennepin County could definitely be the place to do it!

Hennepin County Through the Years

Hundreds of years ago, the Dakota people lived on the land that is now Hennepin County. Bde Maka Ska, a lake in the Minneapolis area, is named in honor of this heritage. In the language of the Dakota people, the name means "White Earth Lake."

The county is named for Father Louis Hennepin, a Belgian Roman Catholic priest and missionary. He explored the region in the late 1600s.

After the U.S. arranged the Louisiana Purchase at the beginning of the 19th century, there was interest in building a fort in this area. Zebulon Pike brokered a deal with the Dakota people. In 1820, Fort Snelling was erected on the land that Pike bought on behalf of the government.

Waterfalls and waterways drew settlers to the area. The falls provided power for flour mills and sawmills. The main settlement, Minneapolis, became known as Mill City, especially after the advent of the railroad. Trains brought deliveries of wheat from lands farther west. Outgoing trains carried a variety of goods to other parts of the country. The Hennepin County area became well known as a wholesaling hub.

Throughout all of these developments, agriculture, too, was a staple of Hennepin County's economic success. While the urban areas focused on milling and wholesaling, the more rural parts of the county raised grain, apples, dairy and other agricultural products.

As the economy grew, so did the community. Public school systems and the University of Minnesota were established in the early 1850s. The beginning of the 20th century brought a wave of European immigrants. By 1950, Minneapolis was bursting, and expansion into suburbs took center stage. 1989 was the first year that the county was home to more than 1 million residents, and the population numbers have only continued to climb.

A Land of Lakes and Rivers

Hennepin County measures about 553 square miles. The land is dotted with bodies of water, some of which have played a critical role in the development of this area.

The Mississippi River is the county's most significant waterway. Minneapolis developed along the river's St. Anthony Falls. Today, the Mississippi River forms much of the eastern county line. A small portion of county land does lie on the opposite side of the river, however.

The southern side of the county is bounded by the Missouri River. Fort Snelling State Park lies at the confluence of these two waterways. A portion of the park sits within Hennepin County.

Minnesota bills itself as the Land of 10,000 Lakes, and Hennepin County is no exception. Lake Minnetonka, situated in the western portion of the county, is one of the biggest lakes in the state. This sprawling body of water features a number of bays and islands. Prominent islands include Big Island in the Lower Lake portion and Enchanted Island in the Upper Lake area.

Other lakes in Hennepin County include Medicine Lake, Long Lake and Diamond Lake. Several of the county's lakes are surrounded by park reserves. Examples include Rebecca Lake Park Reserve on the western side of the county and Elm Creek Park Reserve near Hayden Lake in the northeastern portion.

Getting to Know the People of Hennepin County

Minnesota is often known for its Scandinavian heritage. Over 30% of state residents claim ties to Norway, Sweden and other Nordic countries. A significant portion of the population has German roots as well. It may not be surprising, then, that about 74% of the people in Hennepin County are white.

Of course, not everyone's ancestors hailed from Europe. Thanks in part to an immigration boom after the Vietnam War, 7.5% of Hennepin's residents are Asian. Also, nearly 14% are Black, and there are Pacific Islanders and Native Americans represented in the county too. 7% of the residents have Hispanic or Latino heritage.

Tens of Thousands of Businesses

This one county accounts for more than one-third of Minnesota's gross domestic product. There are around 40,000 businesses present in the county and more than 900,000 jobs. By 2040, the Hennepin County Economic Development office expects to see the number of jobs increase by about 28%.

Must-see Attractions in the Minneapolis Area

In the summer, you can spend a day at one of the county's swimming beaches. Many of these are on Lake Minnetonka, but you'll find others scattered throughout the county. Of course, swimming isn't the only way to enjoy the county's lakes and rivers. To experience the water by boat, you can ride a water taxi or rent a kayak.

For those who'd prefer to stay on land, check out the Ranger on Call self-guided audio tours from the National Parks Service. They'll introduce you to various portions of the Mississippi National River and Recreation Area. You can explore the tours on foot or by bicycle.

Not everything about life in Hennepin County is focused on nature and outdoor exploration. Shopping is a big deal too. About 40 million people flock to the Mall of America in Bloomington each year. Many are drawn to the stores — more than 500!! Non-shoppers will find plenty to do at the mall as well. There are about 60 restaurants inside plus an aquarium, an indoor amusement park, and other entertainment venues for both kids and adults. 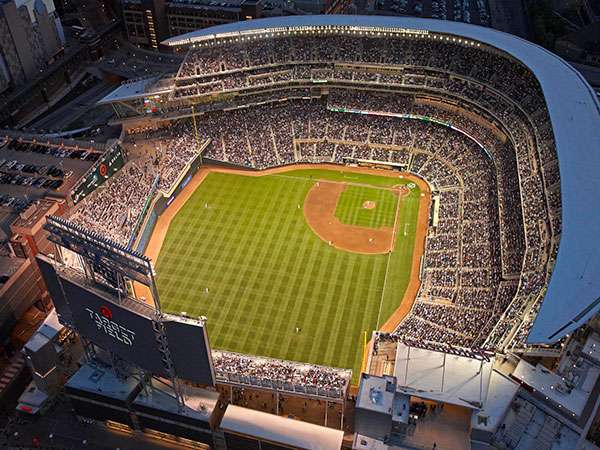 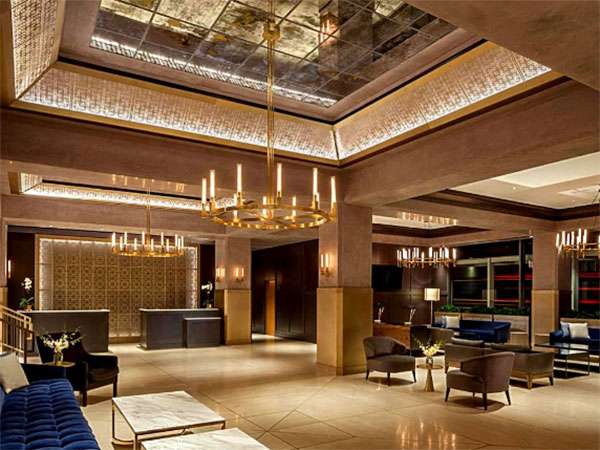 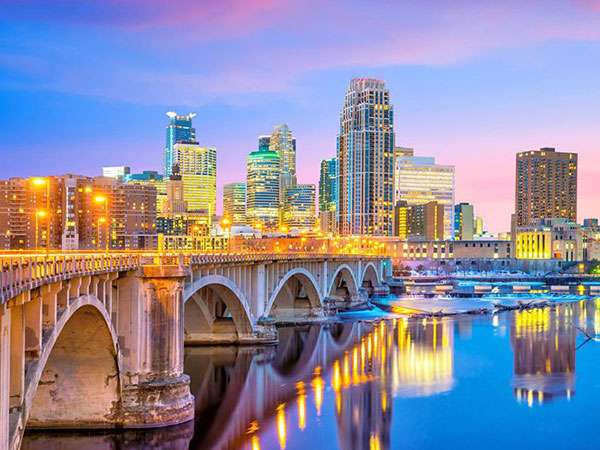